When I wrote my last post (waaay back in July - soz) we were faced with the very real possibility of a Greek exit from the Eurozone. (Un)fortunately, Greece was able to reach a bailout deal, so a Grexit is, at least for now, off the cards. However, David Cameron has promised a referendum on Britain's continued membership of the European Union by the end of 2017, so instead of the promised post about the legal implications of a Grexit, I've decided to write about a Brexit, and its implications for law firms instead. Hope you don't mind too much. 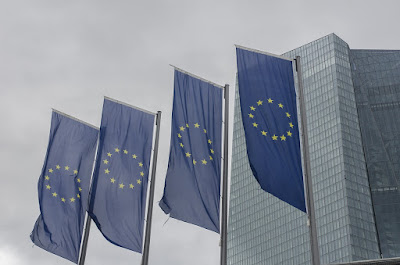 Firstly, just to clarify; Greece was potentially going to have to leave the Eurozone. The Eurozone is a group of countries that have adopted the Euro as their currency. The European Union is a trade area made up of different countries, with different currencies. This means that this post won't directly relate to the Greek situation, but if you're desperate to read about Grexit then you can do so here, here and here.

The European Union was created to facilitate free trade between European countries. There are numerous benefits of free trade, but in a nutshell it encourages competition and improves efficiency in the market. Britain joined the EU in 1973.

In the UK,  parliament is (in theory) sovereign - it is the ultimate law-making authority. However trading freely with other EU countries requires a legislative framework that transcends each country's individual legal systems so we're all operating on the same terms. Hence the EU creates laws and directives on things like the maximum number of hours you're allowed to work per week, the way food must be labelled, and mobile phone data roaming charges. Some of these laws are directly effective in the UK without parliament taking further action (i.e. they have direct effect). Some are given effect by UK legislation. So in reality, lots of our laws actually come from the EU (much to Nigel Farage's disdain).

A Brexit could leave gaps in the law

This is particularly true in relation to directives, which have direct effect. Parliament would have to create laws to replace EU-derived legislation, and bodies to take on the roles previously played by EU bodies. This would probably take place during an interim period after the referendum and cause great uncertainty for lawyers and businesses in the mean time.

The uncertainty surrounding a Brexit will mean new work opportunities for corporate lawyers. Firms have already begun releasing briefings to help clients understand the potential implications of a Brexit on their business. This briefing by Shepherd Wedderburn looks at the potential impact of a Brexit on different practice areas within the firm.  Clients will require advice on the effect of agreements made on the basis of Britain’s continued membership of the EU, and guidance on how to negotiate long-term deals based on short-term knowledge. In the case of a Brexit clients may wish to end or renegotiate contracts.

Trading would be more costly

Some have suggested that if Britain were to leave the EU it would maintain a trading relationship with the EU through the European Economic Trade Area or the European Free Trade Association. We could also negotiate a trade agreement similar to those existing with Norway, Switzerland or South Korea. This Freshfields briefing outlines these different agreements and looks at the pros and cons of each. Law firms (as well as other businesses) have benefited greatly from the single market; Legal practice in Europe is currently facilitated by EU directives such as 77/249/EEC regarding the temporary provision of services and 98/5/EC which facilitates the practice of the profession of lawyer on a permanent basis in different member states. A Brexit would be likely to restrict this freedom to move people and capital between the UK and the EU. As a result, a number of businesses have threatened to relocate to other EU member states in order to maintain access to the free market.

A recent YouGov poll on the EU referendum placed the 'leave' camp two points ahead of the 'stay' camp, but with over a year to go before the referendum, it's too early to draw conclusions from this. It's also difficult to say exactly what impact a Brexit, or renegotiated membership of the EU will have without knowing what terms the deals will be made on. What's certain is that lawyers will be kept busy trying to figure it out.