Last year I wrote about the Alibaba IPO. (If you haven't read my 'What  is an IPO?' post, you can  do so here.) 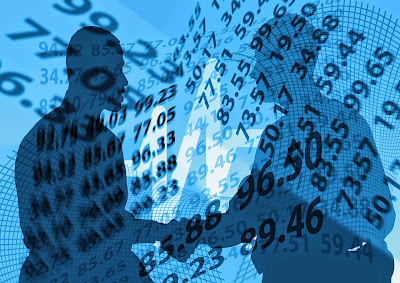 It was the biggest IPO ever, raising $25 billion. However, Alibaba founder, Jack Ma has recently expressed regret over the decision to go public.  Speaking at an Economic Club of New York luncheon, Mr Ma said "If I had another life, I’d keep my company private...Life is tough when you IPO” (Wall Street Journal).

This is apparently due to "demanding shareholders" and "the influence of independent directors in American corporate culture." I touched on some of the pros and cons of IPOs in 'What  is an IPO?' but one I didn't mention was shareholder activism. In brief, an activist shareholder is "a person who attempts to use his or her rights as a shareholder of a publicly-traded corporation to bring about social change" or "an investor who believes that a company's management is doing a bad job and who attempts to gain control of the company and replace management for the good of the shareholders" (Investopedia).

I won't get too into the roles of shareholders and directors (it's waaay too soon after my company law exam), but apart from appointing directors, shareholders generally aren't involved in the day-to-day running of company affairs. Their interest in a company is predominantly financial. Activist shareholders are generally viewed negatively, but as The Economist argues, "activists fill a governance void that afflicts today’s public companies".

Jack Ma's decision to list on the New York Stock Exchange came after the Hong Kong government refused to allow Alibaba to maintain a partnership structure, under which a small group of company managers nominate the majority of directors on the board (WSJ). This effectively gives shareholders extremely limited scope to change management of the company. It appears from Mr Ma's comments that attempts to limit shareholder control have not been entirely successful.

Speaking of IPOs, one of my favourite post-exam activities has been catching up on Empire - a US show about the family-run Empire record label preparing to go public, It's really good.